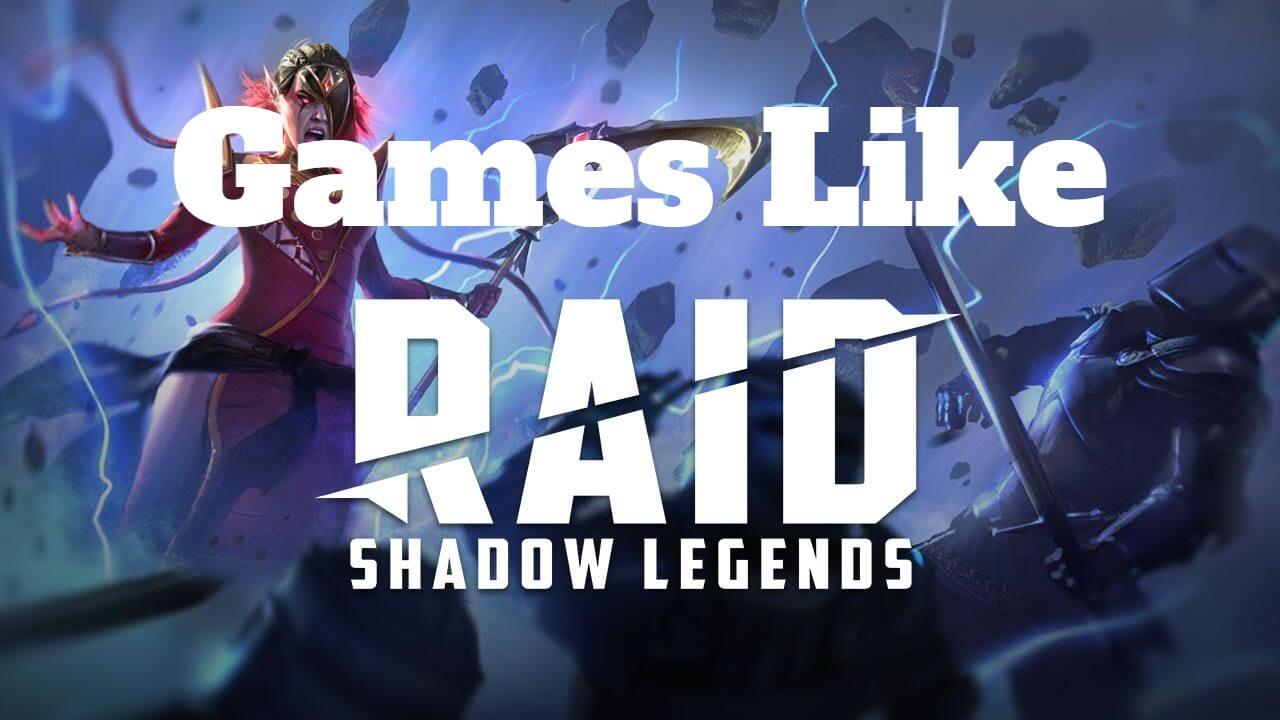 The game is also available for PC nowadays so if you want to enjoy this game on Pc you can easily do that now. But if you are here just to know which game is similar and can provide similar or better experience then Raid Shadow legends then you are at the right place.

If you ever wanted to buy PC games then instead of spending high money on steam, you can simply buy games at cheap price from G2A. You can also check the best sites like G2A for heavy discounts on Games.

I have concluded both smartphone games as well as PC games on this list. To be honest there are not many great RPG games on smartphones to even play. So play these games with a pinch of salt. Other than that the PC counterpart games are very great in terms of gameplay. But might require a good spec PC so make sure to give attention to your system too.

Eternium is one of the best games like Raid shadow legends right now. It’s a great RPG game to play on your iPhone or Android devices. It has one of the highest ratings for an RPG game of around 4.8 stars on the Play Store. The best part about this is that this game fully deserves this praise.

This is a great RPG game and has a very small size related to its competitor. The game system is very great and the items in the game can be easily upgraded. It’s a relatively easy game compare to Raid shadow Legends and very simple too in terms of functionality.

It is even better than Raid shadow legends in many places as you don’t need to spend a fortune to just enjoy this game. There are few things to do on the homepage of this game but I felt that a great choice because it doesn’t confuse any new players where to get started. Overall, Eternium is probably the best RPG game on Mobile right now.

Darkness Rises is probably the best graphics looking RPG game on Smartphones right now. This game is relatively big in size but has a lot of great looking Graphics to justify it. If you wanna have a similar experience like PC RPG games in terms of both graphics and gameplay then you should definitely check this game out. It also has classes to choose from as you will find in Raid shadows Legends. But the game allows you to process with multiple heroes lines if you want to. You are not just bound to one class hero. The sound and graphics are the beauty of this game.

The items on this game aren’t that hard to find so you won’t need to spend too much to enjoy this game. I whole heartily recommend this game to anyone who wants to experience some great RPG game on the smartphone.

Vampire’ Fall Origin RPG is another smartphone RPG game with extraordinary gameplay for a smartphone game. It is one of the best RPG games on mobile right now you can play. In many terms, this game is even better than Raid shadows game.

The gameplay of the game is similar to old-time games where the storyline and art matter more than graphics. You can also say that this is a great story-based game where you don’t always need money to move on in the storyline. The items and characters in the game are very lovely to manage and available for all people.

This game has so many great aspects to play that it makes it one of the best games. But this game cost money to buy and some of you might don’t care about it but few who can’t afford to buy this game then I recommend playing other games given below.

Path of Exile is a  Free to Play RPG game on Steam for players who wanna experience a great game for free. I am pretty sure you gonna love this game. It is one of the best free to play RPG games on PC right now. The Path of Exile game community is also pretty huge.

In terms of gameplay, you gonna find very addictive gameplay where you won’t just stick purchasing every item to get the best of it. Playing on PC has it’s perks as many games don’t just want to rob your money all the time in the form of microtransaction.

SkyForge is one of the best Free To Play RPG games right now. This is one of my favorite MMORPG games out there. The gameplay of the game put you in the game so much that you totally forgot that you are playing a Free game. Usually, free games on PC don’t attract that much attention but Skyforge is an exception.

It is a great game overall and players get to enjoy many things in the game altogether. There are In-game items too but that doesn’t affect its fair to play behavior. I really loved this game and totally sure that you also gonna love it. So give this game a try.

This game has received so many awards over the years that you might have already heard about this game before. I remember my friends bragging about this game so much that I had to try it. And thank god I did try it as it becomes my most favorite RPG game soon. So I highly recommend this game to you.

Questland: Turn-Based RPG is one of the most rated RPG games for smartphones out there. This game is very similar to Eternium and also similar to Raid shadow Legends but doesn’t make the game too much unfair. The actual gameplay of the game is pretty simple.

Sometimes the gameplay becomes too bored when the enemy isn’t that big of a deal to fight with. But overall the character customization, as well as the items in the game, is very easy to access for anyone. It’s true that you can purchase many items if you want but it also doesn’t stop free players to earn these items very hard. So you should definitely check this game out.

RPG Toram Online is one of the best Online MMORPGs for smartphones right now. The gameplay of this game has a good amount of similarities to Raid shadow legends. This game lets you make real players friends online with there character.

Neverwinter nights 2 is a great game for the old school game lovers. This is one of the best old school RPG game out there right now for your PC. This game will most likely be going to work on your PC for sure as it’s not very specs demanding.

So many players can play this game. Even though Neverwinter does get a refresh in its series, the Neverwinter nights 2 will always remain into the heart of RPG players. This was one of the best RPG back then and even now if you can deal will choppy graphics then this is one of the best alternatives for Raid shadows game on PC.

So that’s it guys, these are the best games right now you can find which are similar to Raid shadow legends game. Make sure to check the platform as some games are only available on one platform. I have given the platform with the title so it wouldn’t be that much confusion.

If you ask me my recommendation then I suggest Eternium for Mobile is the best right now and The Witcher 3 Wild hunt is probably the closed RPG to Raid shadow legends on PC right now. Make sure to give these games a try.

I also recommend checking out the best games like Skyrim as Skyrim is also a great RPG that is in a different league. I usually play PC games more so playing these mobile games was a very fun and new experience.  You can also check other games like Stardew valley as well as games like Free Fire for mobile users on this site.

Do tell me how you like this list of games like Raid shadow legends as I have included some PC games as well as some mobile games. If you want a separate list of these games then do let me know. Comment down below to let me know which game is your favorite from these games?